After many years of debut, OPPO finally made headlines?

The main reasons for the controversy are: First, OPPO's public relations remarks are personal opinions or company attitudes. As one of the domestic mobile phone manufacturers. 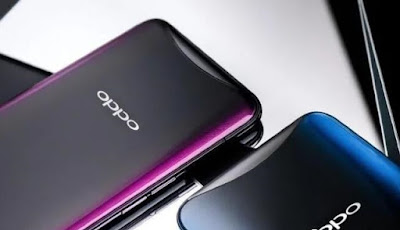 Second, since OPPO was founded, it has always taken "duty" as its value. OPPO's public relations Huang Hongtao in his Weibo or WeChat, similar to "Who the fuck is on Hongmeng?", "Huawei's public relations methods are so dark!" and so on. These words are emotional and even carry strong negative comments. This is obviously in line with OPPO. The values ​​of "duty" advocated and practiced in the past years are contrary to each other.

Because in the eyes of most people, OPPO officials and their executives basically do not comment on friends (competitors). Whether in interviews with the media or on the scene of new product launches, OPPO has always adhered to this value and only talks about its own. Well, regardless of other people's faults.

Obviously, OPPO's public relations Huang Hongtao's fierce words and even malicious attacks are extremely disproportionate to the "Buddha" image that OPPO has created for outsiders in the past.

The result naturally aroused people's reverie, either OPPO's past "duty" values ​​were false, or it was due to the personal reasons of OPPO's public relations Huang Hongtao.

Huang Hongtao, an OPPO publicist who walks on Weibo under the screen name "Cheese Manpang", does not have much public information.

However, by reading the Weibo of "Cheese Manpang", it is still possible to roughly restore what kind of person he is.

OPPO’s public relations Huang Hongtao’s Weibo named "Cheese Manpang" was registered on December 19, 2011, with the tags "IT Internet", "Photography Control", etc., and the profile was "well-known cute pet blogger", but his Weibo Except for some pets, the related pictures of are more related to mobile phones.

In its setting to only display the contents of Weibo for half a year, most of them are related to mobile phone products, but there are also many swearing Weibo posting records.

For example, on May 4, 2021, when reposting a Weibo that has been blocked, "Okay, fuck you" was used. Similar to the reposted comment on May 16.

On the whole, some of the remarks or statements of OPPO's public relations Huang Hongtao may give people a feeling of "angry youth", or they may be related to their young age.

In the WeChat group, it is not difficult to understand that, while issuing radical remarks against Huawei's Hongmeng system, it also uses red envelopes to win group support.

It is worth noting that in the Weibo with the net name "Cheese Manpang", people who are not familiar with each other may not know that the Weibo is the personal Weibo of OPPO PR Huang Hongtao. To the public, his remarks may be more personal remarks.

In the WeChat group whose speech was screenshotted, the screenshot information showed "OPPO Public Relations Huang Hongtao", although it may be a note made by the person who took the screenshot, but in this group, the group friends all know that it is OPPO public relations or the identity of the staff Some remarks made in this group that vilified or maliciously attacked Huawei's Hongmeng system will inevitably make people think of whether it is an official attitude or opinion.

Therefore, if OPPO public relations Huang Hongtao made slanderous or maliciously offensive remarks against Huawei's Hongmeng system, if it is indeed OPPO's official attitude, it may indicate that OPPO has no longer adhered to the "duty" value.

If it is his own personal remarks, it also shows that OPPO has "loopholes" in the promotion and education of employees' corporate values. This is also worthy of OPPO's strengthening of reflection and vigilance.

OPPO has the confidence to challenge Huawei?

The latest news shows that Huang Hongtao, the OPPO PR, is suspected of having resigned from OPPO and expressed apologies for his inappropriate remarks on Weibo.

However, from another perspective, OPPO public relations Huang Hongtao has a lot of criticisms about Huawei Hongmeng system. Apart from personal character factors, is there also OPPO's influence?

OPPO already has the confidence to challenge Huawei?

On March 16, 2021, Huawei released the "Innovation and Intellectual Property White Paper 2020" (hereinafter referred to as the "White Paper"). The "White Paper" shows that as of the end of 2020, Huawei holds more than 40,000 valid authorized patent families ( More than 100,000 pieces), of which more than 90% of the patents are invention patents.

As a manufacturer focusing on mobile phone manufacturing, OPPO has continued to deepen its technological innovation and patent layout in the past ten years.

To put it simply, there is still a big gap between the number of authorized patents held by OPPO and Huawei. However, the focus and trend of the layout of its patent applications have been close to that of Huawei, and they are mainly invention patents.

Secondly, from the perspective of patent acquisition, in the past few years, OPPO has acquired a large number of patents from companies such as Intel, Ericsson, Sharp, Dolby Laboratories, Inventergy, Intelligent Ventures, and ZTE.

For example, in 2019, OPPO acquired more than 500 patents from Ericsson, covering the United States, Europe, China, India and other countries and regions, including 136 US patents, about 50 Indian patents and dozens of Chinese patents.

In May 2021, USPTO records show that ZTE recently transferred at least 47 patents to smartphone manufacturer OPPO. The transferred patents are all communications-related patents, and the technical fields cover base stations, terminals, networks, and wireless communications.

However, compared with Huawei's technical accumulation, OPPO's confidence to challenge Huawei is not enough, and the gap between the two is still very large.

It can be seen that unless OPPO is too "inflated", otherwise, it should not allow employees to slander and maliciously attack Huawei Hongmeng system in public.

This is not only contrary to the "duty" values ​​advocated by OPPO, but also inconsistent with the status quo of its technical strength.

(Li Junhui, a special researcher of the Intellectual Property Research Center of China University of Political Science and Law, has been concerned about and related policy, legal and regulatory issues for a long time.)